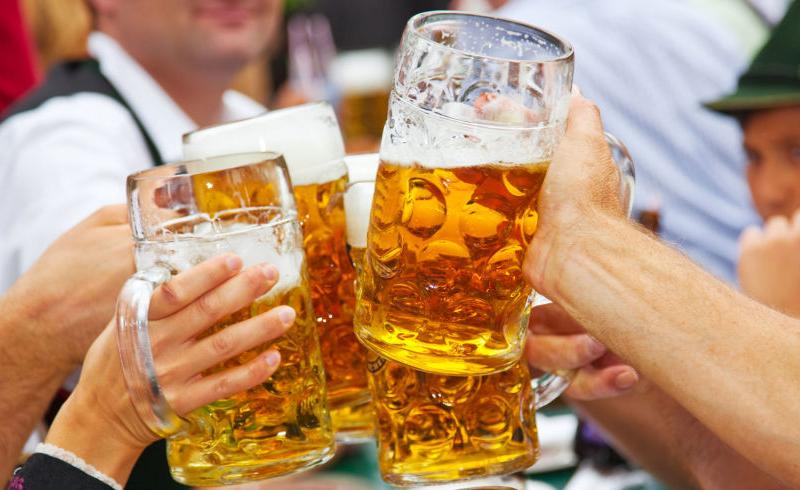 Oktoberfest at The Wort Hotel

Guten tag! Get ready because it is time for Silver Dollar Bar & Grill’s annual Oktoberfest party.

Join us on Friday, October 4th for the best off season party of the year at The Historic Wort Hotel's Silver Dollar Bar and Grill. We will be serving food specials and $1 off all draft beers from 11:00 am until 11:00 pm. This year’s event will feature a soundtrack worth sipping suds to with live traditional Alpine-style polka music by The Hof Band from 7:30-11pm, no cover.

Dating back to the elaborate and enormous 1810 wedding of Prince Ludwig and Princess Therese in Bavaria, to which all of the citizens of Munich were invited, Oktoberfest has its roots in the cultural allure of a social gathering among tens of thousands of neighbors and strangers alike. That's to say nothing of the social lubricant of plenty of beer to keep the fun going.

These days people don't need such grandiose reasons as a spare-no-expense wedding party to indulge in the high-spirited German tradition of Oktoberfest. As much a celebration today of the harvest season and the bounties of awesome food as it is a testament to the prevailing appeal of good drink, Oktoberfest is fast becoming a tradition all its own at the Wort.

This is a great, "off-season" activity in Jackson Hole and we hope to see you there to raise a glass... or a boot. Prost!