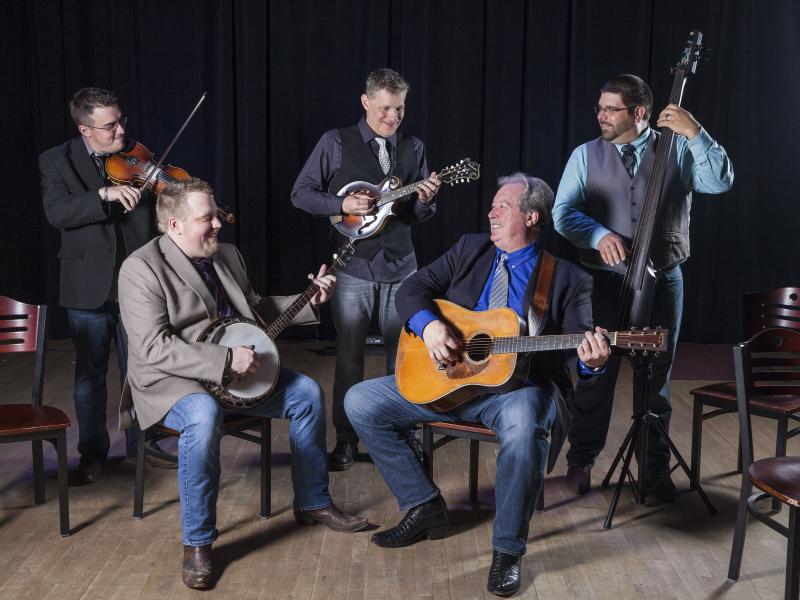 Russell Moore & IIIrd Tyme Out to headline Silver Dollar “Sit Down, Get Down” Bluegrass Style

One of the most decorated Bluegrass Bands in history makes an inaugural visit to Jackson Hole.

Bluegrass titans Russell Moore & IIIrd Tyme Out, who have won an impressive fifty-four industry awards throughout their enduring 29-year band history, will bring their chart-topping music to the Silver Dollar Bar on Thursday, June 18th. Reserved tables can be claimed at 7pm and the show will start at 8pm. There will be a special food and drink menu available throughout the night.

After first taking the bluegrass world by storm as a member of the legendary Doyle Lawson and Quicksilver, Russell Moore founded IIIrd Tyme Out in 1991. Since then, between the two national bluegrass associations and one fan-voted award, Russell has been named Male Vocalist of the Year an unprecedented twenty times. And he is not alone in receiving accolades, with the band having been named Vocal Group of the Year fifteen times, Band of the Year three times, and Entertainer of the Year twice, as well as winning five individual instrumentalist awards. Among the eighteen albums the group has released, they have scored three #1 Singles, one that topped the bluegrass charts for six consecutive months, and one that was Billboard’s #5 top-selling album of the year. They have won awards for Song of the Year or Album of the Year five times.

The band’s appearance at The Silver Dollar Bar will be one of their first since returning from a successful European tour just prior to the worldwide shutdown. “We are so ready to play the music we love for the music lovers in Jackson Hole,” Moore said. “It will be our first time to perform in Jackson Hole. I can think of no better place to visit as we get back on the road.”

While originally scheduled as a Bluegrass Session, The Silver Dollar Bar instead will present this show as a special installment of its “Sit Down, Get Down” series, utilizing the entire bar as a reserved sit-down-only venue. Talent buyer Justin Smith said, “We are very excited to celebrate this world class talent in the safest and most responsible way we know how.”