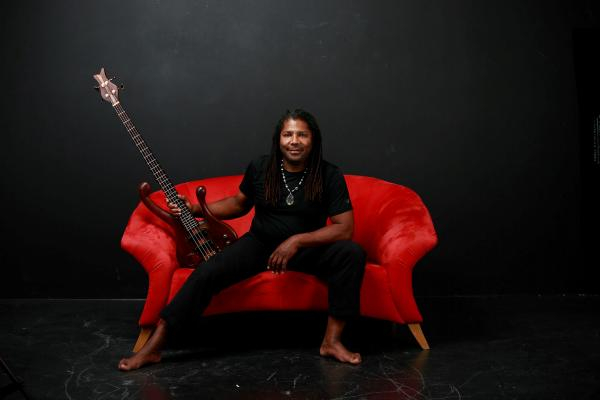 We are excited to announce that we have brought live music back to the Silver Dollar Showroom with our "Sit Down Get Down" series. We are also proud to be putting these hard working musicians back to work. Our dance floor is closed but that doesn't mean you can't dance in your seat. No cover!

Back by popular demand, Milo. Milo’s style of music ranges from jazz, blues, rock, pop, funk to even folk.  He performs his own originals as well as adds his unique flavor to 60’s, 70’s, 80’s, 90’s and present cover songs.  He demonstrates versatility unlike any other bassist by using a drum pad, effects pedal and a looping machine which provide his unique rhythm, bass line, keys and lead guitar turning him into an unstoppable one-man show!  It’s very rare to hear Milo play the same song exactly the same way which makes each performance fresh and new!

Born and raised in Boston, Milo began playing the bass at the age of 12.  Through his teens and early 20’s, he busked the subways making a living by playing for eight hours a day and he credits the experience with teaching him invaluable lessons about music and performing.  Writing, recording and composing occupies one side of Milo’s artistry and producing the music for other musicians addresses another one of his valuable skill sets.

For ten years, Alaska was home before moving to Hawaii for four years.  Milo has travelled extensively throughout the United States and Europe performing his music for all he encountered.  Over the past 30 years, Milo has refined his technique and musicianship and perfected his skills in recording and producing.  To date, Milo has recorded, produced and engineered over 15 albums of his music and for other artists.