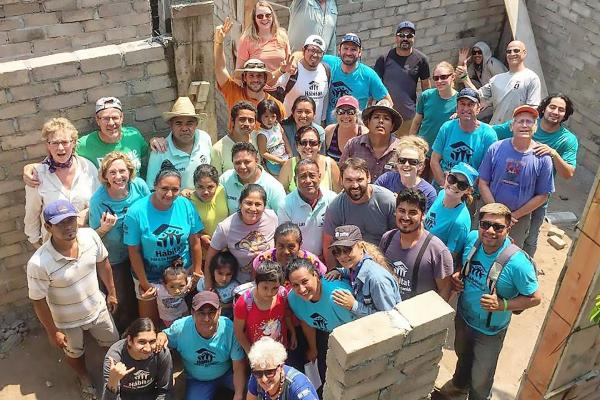 Party for a Purpose

Party for a purpose! Enjoy live music with Tylor and the Train Robbers as well as Mexican food and drink specials, plus tons of awesome RAFFLE PRIZES!!! See a GV team member for pre-sale raffle tickets. Join Habitat For Humanity's Global Village Team for a night of dancing, food and fundraising as we prepare for our trip to Chiapas, Mexico to build houses, community and hope.

Tylor & the Train Robbers, a Boise Idaho based band, possess a depth of thought steeped in Americana Folk without losing it’s Country root grittiness. Hailing from small town Helix Oregon, lyrically focused frontman and songwriter Tylor Ketchum conjures up his long dead outlaw ancestor, Black Jack Ketchum as the inspiration for their new album, Best of the Worst Kind in a musical necromancy that is delivered in full with the title track, The Ballad of Black Jack Ketchum. Released on the anniversary of his hanging, April 26th, the music video for the ballad was was filmed at Black Jack's grave during the bands most recent tour through the South West United States.

From good cowboys gone bad to the woesome troubles of the modern American wanderer, Tylor & The Train Robber’s songs explore a span of generations linked by a common spirit.

Justin Smith, booking agent for the Million Dollar Cowboy bar in Jackson Hole, Wyoming said in an interview with the Jackson Hole News "This original country-tinged Americana rock band is truly great, and the songwriting is off the charts, The Train Robbers remind me of a young James McMurtry in the best of ways: You can dance to them all night long or get lost in the lyrics.”

The Boise Weekly ranked Tylor & the Train Robbers debut album, Gravel, as a top local release in 2017 and noted "Like (John) Prine, singer-lyricist Tylor Ketchum (who's only in his mid 20s) has an eye for detail and a plainspoken evenhandedness that songwriters of any age should envy.”

Ketchum’s original songs are enhanced with the intricate and intimate sibling harmonies of he and his brothers, bass player Jason Bushman and drummer Thomas Bushman. Rounded out by the seasoned musicianship of Tylor’s soon to be father-in-law, Johnny ‘Shoes’ Pisano on lead guitar, the band delivers a sound that is raw, honest and polished.