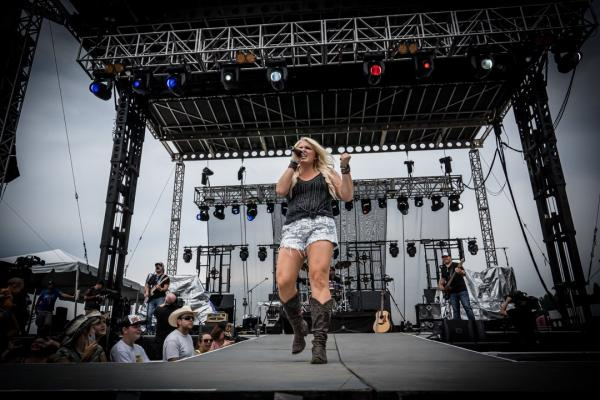 Rising country recording artist Jessie Leigh has spent the past few years on tour sharing stages with fellow country artists such as Luke Combs, Tanya Tucker, Josh Turner, LoCash, Chris Janson, Joe Nichols, and Craig Morgan -creating memories for fans along the way. Focused on writing relatable songs, Leigh's original music has reached listeners all over the world, and has been streamed over 400k times on Spotify alone. Her fan base is growing rapidly as she spends as much time as possible on the road in her grassroots, independent tour. Jessie says her favorite part of playing music is “the connections I make with incredible people at every show.”

Leigh spent much of 2020 in Nashville writing new songs and strengthening her live show that she’s now ready to showcase in her 2021 Small Town Fight tour.