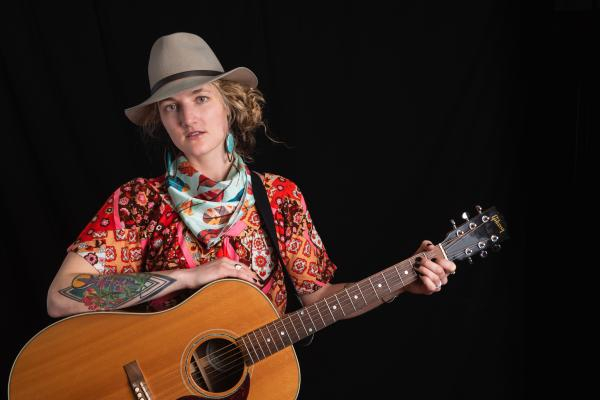 Madeline Hawthorne was surrounded by music throughout her childhood in New England, but she never considered it a viable career path until she landed in Montana, where she launched The Hawthorne Roots in 2014. The group quickly built a loyal following— Bozeman Magazine readers voted them Best New Band and Best Folk Performers—and toured throughout the West, earning dates with the likes of Nicki Bluhm and Dustbowl Revival and landing festival slots from Targhee and Yarmony to Red Ants Pants and Big Sky Big Grass before going their separate ways in 2020..

Co-produced by Brad Parsons and Fruition's Tyler Thompson, "Boots" marks the solo debut from Madeline Hawthorne, who steps into the spotlight here with equal parts grit and charm. The album is a work of profound reflection and self-discovery, reckoning with evolution and independence while facing down the pressures of modern womanhood with unflinching honesty an steadfast resilience. The songs here are bold and ambitious, and the result is a raw, rousing collection that blurs the lines between roots, country, and soul as it transforms pain into beauty and doubt into hope."