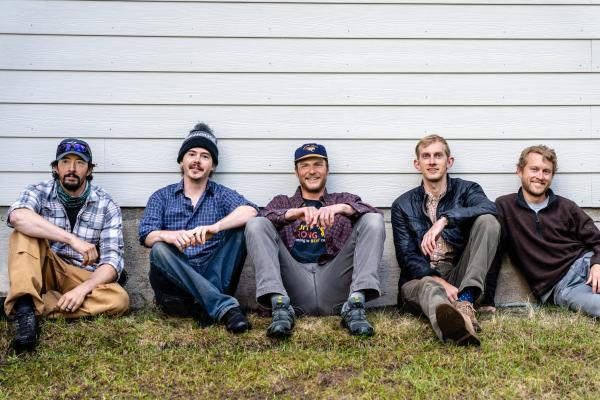 Strumbucket is a Twang-Funk 5-piece hailing from the realm of two Teton Counties. Their southern roots influence a sonic sound, fusing together the genres of country, rock, bluegrass, samba, jazz, and funk into an all encompassing experience.

In the past 3 years, the group has catapulted its way into the Jackson Hole music scene with its unique original music, playing everything from rowdy bar gigs, fun-filled community events, and several local venues. Supporting numerous local acts along the way, the band has also had success in opening for larger acts such as JoJo Herman (Widespread Panic) and Y La Bamba.

Presently, the group finds themselves in a sonic groove with the current lineup of Peter Henderson (drums), Lavender Jones (bass, guitar, vocals), Grove Miller (keys, pedal-steel, fiddle, vocals), Curt Langer (lead guitar), and Alex Blackwelder (banjo, harmonica, vocals). As they gear up for an album release, with ambitions of taking their music on the road, the band can't wait to keep on strumming!