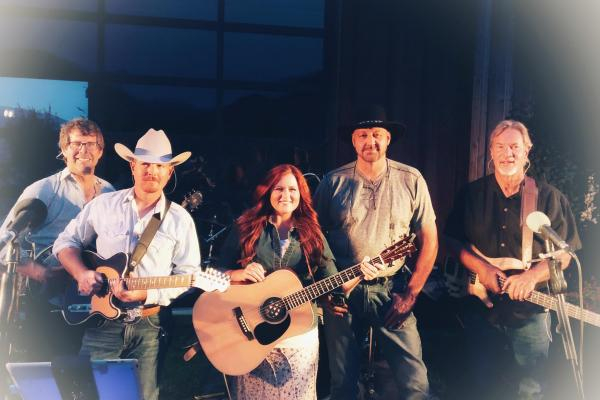 THE LINFORDS - a unique duo whose pure harmonies and exceptional songwriting set them apart. When Cal and Teddy sing, people stop, listen and they love what they hear. They bring a lifetime of performing experience that offers the best combination of traditional sounds and continued innovation.

The Linfords started out their musical odyssey at the age of 3 at church, funerals and family reunions. Since that time they have studied voice with Michael Ballam, Marla Volovna, Derek Furch, and Will Kesling. Cal has headlined two country bands and opened for Chris LeDoux, Martina McBride, Rick Trevino and Toby Keith, Sam Hunt and Joe Nichols. Cal has written and recorded several albums and has a catalog of songs that bring to light a life lived out in the mountains of Wyoming, where if they weren’t working the ranch they were singing. Cal has owned and ran his own business for over a decade but recently turned the keys over to the new owners, making room in his life for more guitars and more fishing.  Teddy has toured the country with a Big Band performing group, sung for the royal family of Thailand and is a Sun Valley Caroler who has entertained Arnold Schwarznegger, Tom Hanks, Bruce Springsteen and her childhood idol Julie Andrews. She is also a founding member of the variety performing act Lady Luck and continues to kick up her heels from Wyoming to Iowa and every where in between.

Family brought them back to Wyoming and their roots and they have found their niche writing music and performing as a brother/sister duo. They have both been influenced strongly by what they grew up on, classic country and folk. Teddy spent nine months barefoot and pregnant steeping herself in her grandma’s John Denver and Jim Reeves collection. When Cal came to his senses and put away the Metallica and Judas Priest, mainstream country caught his ear. Now they both draw inspiration from the New Folk and Americana genres and great songwriters like Rodney Crowell. Their voices are pure and rich and when paired with their two guitars, no matter what they sing, you will want to hear more. The Linfords are set apart by their simplicity. With them, it is all about the music!