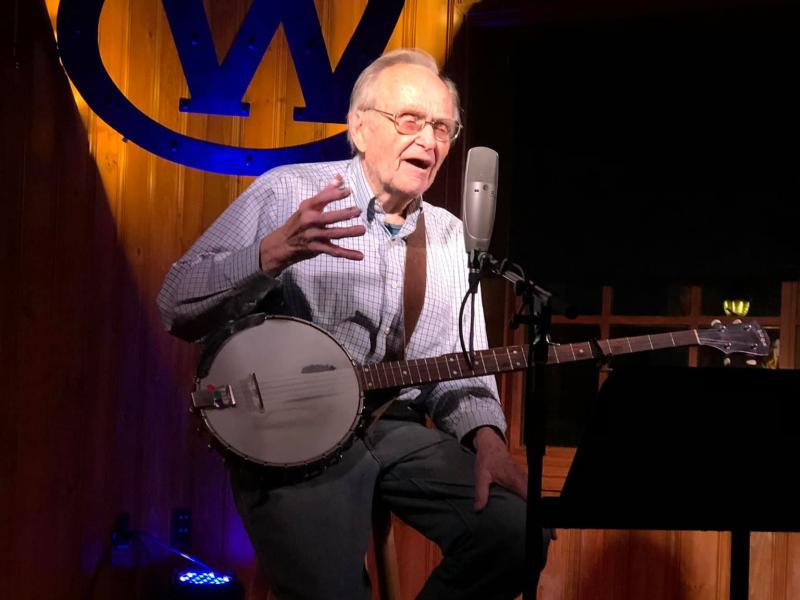 IT'S COMING! Winter season for the Jackson Hole Hootenanny will be at the Wort Hotel in downtown Jackson WY in the SILVER DOLLAR SHOWROOM 6pm every Monday evening until Spring. The show is free, we just ask that you tip well and buy drinks or a meal.

It's a very popular open mic that fills up fast, a chance to mingle and get on the same stage as the pro's The Hoot enjoys a unique and appreciative "listening" audience. Sign ups start around 5pm.

Acoustic only, two three minute songs unless the schedule is full, then it's one song. A traditional (old enough to vote) tune and one other. Be nice, no long winded introductions, no foul stuff, this is a gentle audience.

What exactly is a “Hootenanny?” Well, originally it was an Appalachian colloquialism which, in the 1960s morphed into an informal gathering with folk music. In the good ol’ days, Bill Briggs brought his music to friends and folkies under the bridge at Moose, starting the legendary Teton Tea Party. The tradition continued in ­­­­1993 when Bill and Dick Barker revived the music, starting the Jackson Hole Hootenanny.

Over the years “The Hoot” has hosted local musicians and out of town drop-ins like John Denver, Ramblin’ Jack Elliot, Peter Rowan and Chuck Pyle in an atmosphere of congeniality. Differing from open mike venues, the emphasis is on traditional acoustic music. No amplification is allowed other than two microphones. Often, musicians join together in spur-of the-moment groups. Each musician is asked to play at least one traditional song before singing his own composition.

The Hoot has seen mike-shy folks blossom into fine musicians and song writers such as Pete & Anne Sibley and Eric Stone, Hoot members who have attained national careers. As younger musicians augment the old-timers, the Hoot is assured of providing a warm and inviting venue for live traditional acoustic music, now and in the future.

Not much has changed with the structure. Sessions will start at 6 p.m. each Monday, many of the same folks will take the stage for a couple of tunes. Many of the shows will also be featured on Silver Dollar TV, so even those fans from far away can tune in for free to watch.