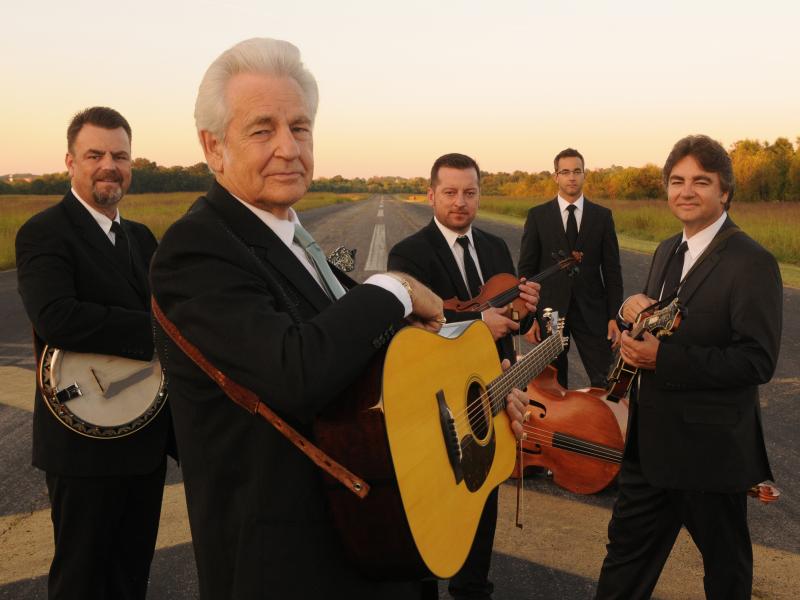 A rare and intimate Bluegrass Session at the Silver Dollar Showroom to feature the legendary Del McCoury Band on October 28th.

With nine International Bluegrass Music Association (IBMA) Entertainer of the Year awards, two GRAMMY wins plus nineteen nominations, and membership in the Grand Ole Opry, The Del McCoury Band continues to set the gold standard for traditional bluegrass in the world today.

From his early days spent playing with the long-recognized “Father of Bluegrass,” Bill Monroe, Del McCoury has grown into a celebrated national treasure. The band line-up has only had one personnel change over the last 27 years, and Del, along with his two sons Ronnie and Rob, continue on as peerless torchbearers for the entire sweep and scope of bluegrass history. While sticking to their traditional sound, The Del McCoury Band has grown, without boundaries, to become popular favorites across musical genres. Playing with artists as varied as Vince Gill, Dierks Bentley, Phish, Steve Earle the Preservation Hall Jazz Band, and at venues as varied as Bonnaroo Music Fest and his own wildly successful, DelFest, McCoury consistently charms the music industry with his unmatched authenticity and showmanship.

The band will make their inaugural Jackson Hole appearance at The Silver Dollar Showroom on October 28th. Talent buyer Justin Smith said, “To see Del & The Boys this up-close and personal is a once-in-a-lifetime opportunity. We’re thrilled to bring them to town.” Tickets, priced at $150 for dinner and the show, are extremely limited and will go on sale to the public Friday Oct 8th at 10am (MT). Doors open at 6pm. Must be 21+.