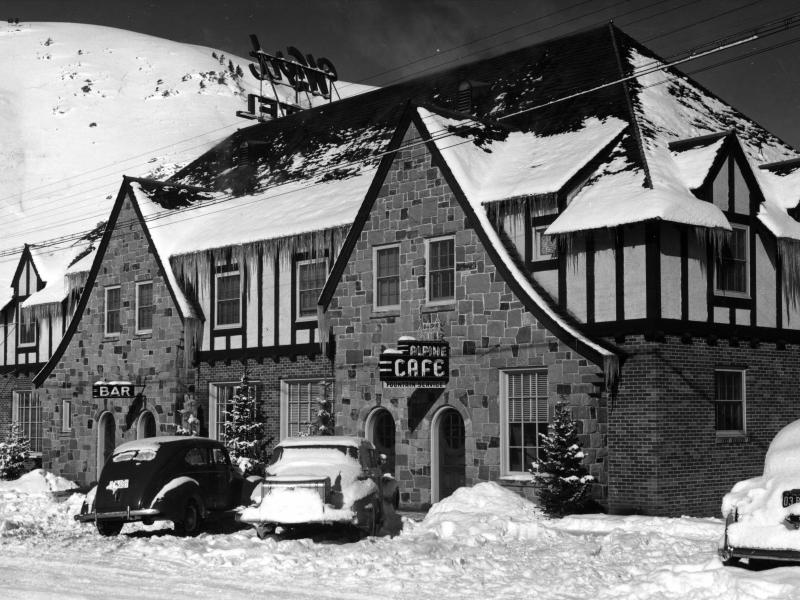 Spooky Stories from the Wort Hotel

Like many historic properties, The Wort Hotel has a spooky past.

The Ghost of Bob Tomingas

The Hotel plays host to a friendly ghost, a former engineer at the Hotel who likes to play tricks on his predecessors. Robert “Bob” Tomingas took a job as the Wort Hotel’s maintenance engineer in 1950, the same year that the famous Silver Dollar Bar was added to the property. Bob was a mechanical genius, and over his tenure at the Hotel he rebuilt the hotel’s heating, water, and electrical systems.

During the winter nights in the 1950s when the temperature would drop below zero and the hotel’s overworked boiler would begin to act up, Bob would arrive in the middle of the night to nurse the system along. Hotel workers arriving in the morning would find him asleep on a blanket next to the boiler. Bob was known for being able to fix the impossible, and spent his time off repairing and maintaining equipment around the valley. In his later years at the Wort, Bob was constantly consulted on the whereabouts of wiring, pipes, valves, and all the secrets of the old hotel.

Current engineers credit Bob for helping them solve mysteries of burst pipes and broken wiring. One day, an engineer at the Hotel was trying to find a break in a water pipe. He looked everywhere but was struggling to find the break, until he walked down the hallway and found a mysteriously placed pipe wrench leaning up against the wall. On a hunch, he broke into the wall and there it was, the break in the pipe, waiting to be fixed. Bob’s otherworldly interventions also include rearranging the maintenance shop from time to time, to the delight of hotel staff. While Bob never appears for our guests, we still consider him a valuable team member at the historic Wort Hotel.

The Wort Hotel has been a significant landmark in Jackson Hole since it opened its doors in 1941 and is recognized as one of the finest boutique hotels in Jackson Hole. It is listed on the National Register of Historic Places and has won a number of prestigious awards. Learn more about the Wort Hotel’s history and heritage here.