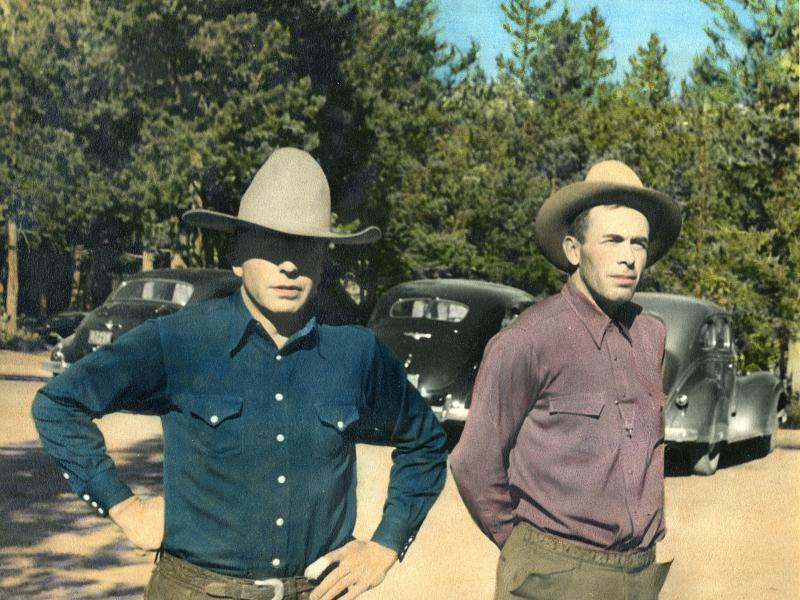 Learn how the dream of a luxury hotel in downtown Jackson became a reality. 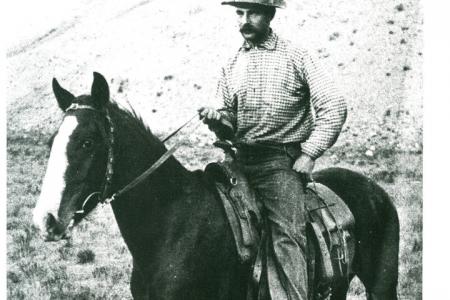 The legacy of The Wort Hotel began when Charles J. Wort and his wife Luella came to Jackson Hole as homesteaders in 1893. They had three sons and spend the early 1900’s operating a cattle ranch.

In 1915, Charles bought four lots for $25 each in what is now downtown Jackson. He used the plot as a livery stable, but his dream was to build a luxury hotel, banquet hall and restaurant to serve as the social hub for the community. Never wanting to miss an opportunity, in 1930, Charles bought a small hunting and fishing lodge on Jackson Lake, which today is Signal Mountain Lodge.

At the time of the sale, the property was little more than three small log cabins without plumbing, three homemade boats, and a tent frame. He was determined to make the lodge into a first-class fishing resort and he succeeded, however, Charles’ dream was to build a luxury hotel in downtown Jackson. Unfortunately, finances prevented him from building his dream hotel prior to his death. Charles died in 1933, and his sons John and Jess sold the family hunting and fishing lodges to finance their father’s dream. John and Jess worked tirelessly on the hotel—they even helped build it with their own two hands. On September 1, 1941, The Wort Hotel opened at a cost of $90,000. The hotel opened during the middle of World War II, when few people were traveling and taking vacations. The Wort brothers had to get creative in order to make their investment pay off. 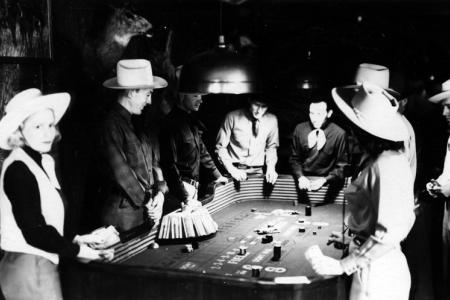 Jackson in the 1930s and 1940s was a wide-open, western town with dirt streets, cowboys wearing guns, and horses tied up outside the bar. Gambling was a pastime, a form of entertainment to help friends pass the long, severe winters. With the arrival of tourists, dudes and especially the Hollywood film crowd, the local economy saw a large boost due to gambling. The stakes went up, and gambling got more organized. Never to miss an opportunity, John and Jess added slot machines throughout the hotel’s lobby and gambling tables in the bar.

Games of chance had been outlawed in the state of Wyoming with the McGill Act of 1901, but the law was widely ignored. Teton County was one of the areas in the state where the law was flagrantly broken, often with the complicity of the local sheriff. Wyoming had legal gambling during its Territorial years in the 1800s, and the citizens of the state couldn’t see the point of stopping it. It wasn’t legal, but it was tolerated, especially in tourist towns like Jackson. 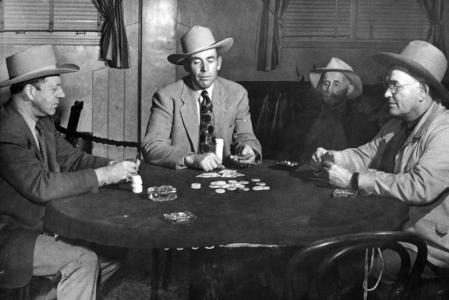 Gambling thrived through the 1940s and early 1950s, but pressure slowly mounted to eliminate it from the country. John and Jess didn’t give up easily. Gambling revenues had paid for the hotel, and they wanted to continue making money. The casino moved from upstairs in the Silver Dollar Bar to the basement, to a room called “The Snakepit” where you had to know the password to get in. However, the raids and arrests continued throughout the years, eventually putting an end to the gambling era at The Wort Hotel.

The original Blackjack table and Roulette wheel are on display in The Wort Hotel today as part of the effort to collect and present the hotel’s colorful past. The Wort Hotel remains committed to preserving the Western heritage of Jackson Hole and embraces its rich tradition as a community landmark.

For more information about the history of the hotel please visit the hotel’s History and Heritage page.