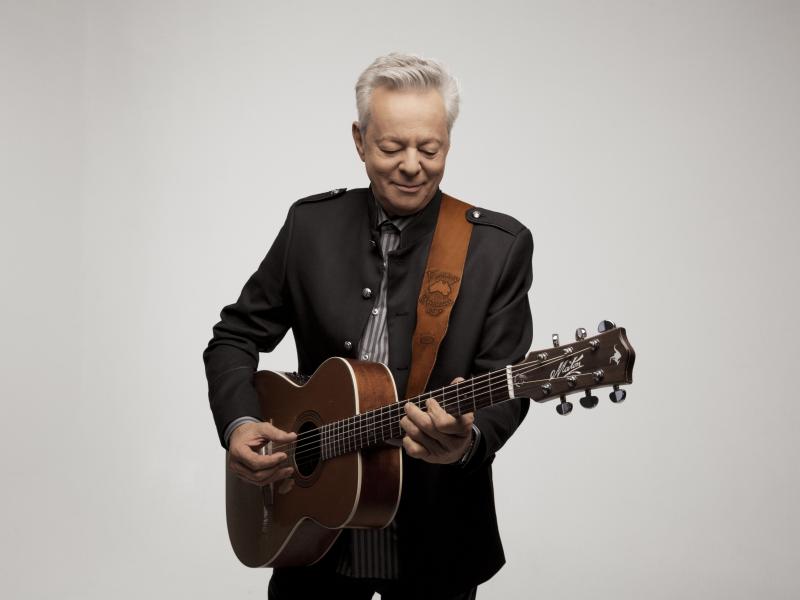 Long recognized as the international master of the solo guitar, GRAMMY-nominated guitar virtuoso, Tommy Emmanuel, CGP will bring his extraordinary showmanship to the Silver Dollar Showroom for a Showroom Session on Jan 5, 2022. “CGP” is the honorary designation of “Certified Guitar Player” bestowed by Chet Atkins on only four musicians in the world.

Born and raised in Australia, and committed to music from the age of four, Emmanuel has a trophy case filled with dozens of the most prestigious awards from the top Australian music associations. And for the past three decades, he has toured America and the world, establishing himself as one of the most dynamic live performers and most creative and energetic solo guitarists in history.

“When I was a kid,” Emmanuel remembers, “I wanted to be in show business. Now, I just want to be in the happiness business. I make music, and you get happy. That’s a good job.” Talent buyer Justin Smith said, “There’s no more exciting way for us to kick off 2022 than to be able to feature this virtuoso. Tommy is arguably the best acoustic guitar player on the planet. What an honor to have him grace the Showroom Stage.”

Tickets, priced at $150 for dinner and the show, are extremely limited and will go on sale to the public Friday, Dec 10th at 10am (MT). Tickets are sold by the table. Must be 21+