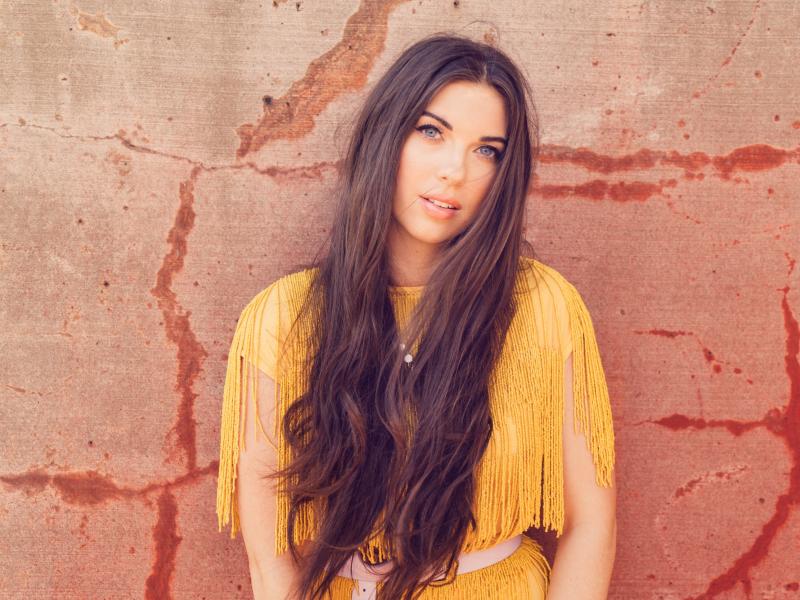 Jenny Tolman to Bring Her Songwriting Magic to the Next Silver Dollar Showroom Session on October 29th.

Jenny Tolman, named by Rolling Stone as one of the most “vivid and fascinating” artists to emerge on the recent music scene, will bring her “country music magic” to the next Silver Dollar Showroom Session on Thursday, October 29th.

Blending the songwriting styles of her influences Dolly Parton, Shel Silverstein and Roger Miller, Tolman’s debut release, There Goes the Neighborhood, takes the listener on a trip through the fictional town of Jennyville, full of what The Boot calls “color, comedy and poignant, incisive lyrics that paint a vivid portrait where eccentric, vibrant characters live, and aren’t afraid to do-si-do around tender subjects and call things like they are.” The album has been included on numerous Best of 2019 lists, ranking #24 on Rolling Stone’s Top 40 list. Singles like “So Pretty,” “High Class White Trash” and “My Welcome Mat,” exemplify her quirky, tender and humorous style.

Jenny Tolman also recently got engaged in Jackson Hole, Wyoming in October of 2020. To read about her engagement and how she found her partner, Dave Brainard, read this blog post from People Magazine.

Justin Smith, talent buyer for the Silver Dollar Bar, said “We are so excited to showcase this young, rising star for our next Showroom Session. We hated to have to postpone her Jackson Hole debut in March, and were thrilled that we could reschedule. Jenny has all the makings of a great, long-lasting entertainer, and we’re honored to get to be the ones who will introduce her to this region.” Tolman has performed around the country with acts including ALABAMA, Charlie Daniels, Toby Keith, Brantley Gilbert, Cole Swindell, Lee Ann Womack and others. She will be accompanied on this special night by songwriter Dave Brainard, her GRAMMY-nominated producer (Brandy Clark’s 12 Stories).

Tickets purchased for the March show will still be honored, and the remaining tickets will go on-sale on Friday, August 28th at noon (MST) online here.